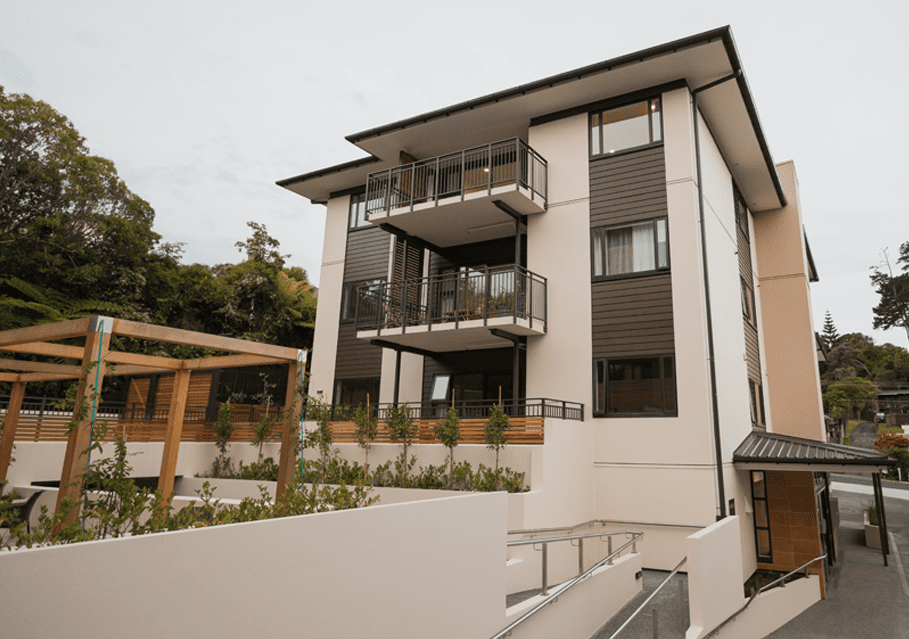 Arvida had purchased a property adjacent to its existing Aria Bay facility on which to build two new luxury independent living apartment blocks. MSC undertook civil engineering design, structural design and on-site observation and supervision.
MSC civil engineers developed a creative solution to ensure the stormwater flow path was maintained by using a series of feature ponds and ramps that ran over a podium that linked the two apartment blocks, above the full width basement carparking but between the two buildings, to then connect to the main stormwater system.
MSC’s structural engineers were involved from the preliminary design stages. They needed to carefully consider the methodology of the construction, given the site’s tight restrictions and the proximity to neighbours (including other Aria Bay apartments) on three sides. The construction techniques used (concrete shear walls and concrete flooring) had to ensure minimal vibration for neighbouring properties. With no storage on site, and engineers having to ensure adequate retaining of the site ahead of construction of the apartment blocks beginning, construction sequencing was tightly designed and divided into distinct stages. The project was successfully completed in mid-2018, with each seven-level block stepped up the hillside above Browns Bay, offering the apartments spectacular views