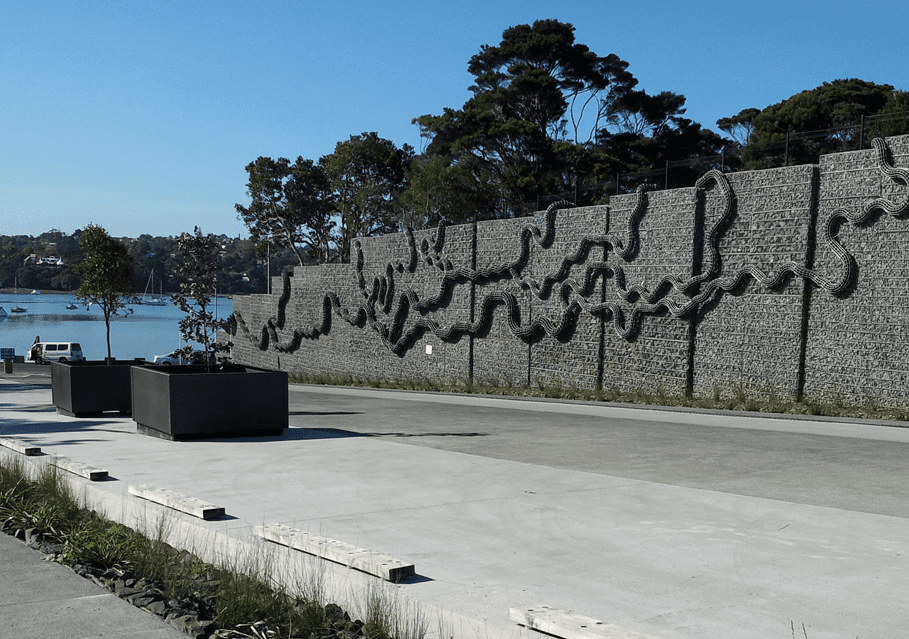 Launch Road provides access for the transfer of boats between the proposed Marine Industry Precinct and future boat launching infrastructure at The Landing at Hobsonville Point. The project is jointly funded by Hobsonville Land Company and Auckland Council Property Limited.
Launch Road was a challenging project – the design team’s brief was to provide a road capable of carrying superyachts up to 1600 tonnes and 90m long on multi wheeled trailers to the water for launching while at the same time maintain the high standard of urban design which is a strong feature of other sections of Hobsonville Point Road. A key element of the project is the 7m high x 65m long concrete piled retaining wall which features Rawe Stoneboxes and artwork by local artist Louise Purvis.
After a 12 month construction period, the $7m Launch Road project was completed and opened to the public from mid-February 2015.