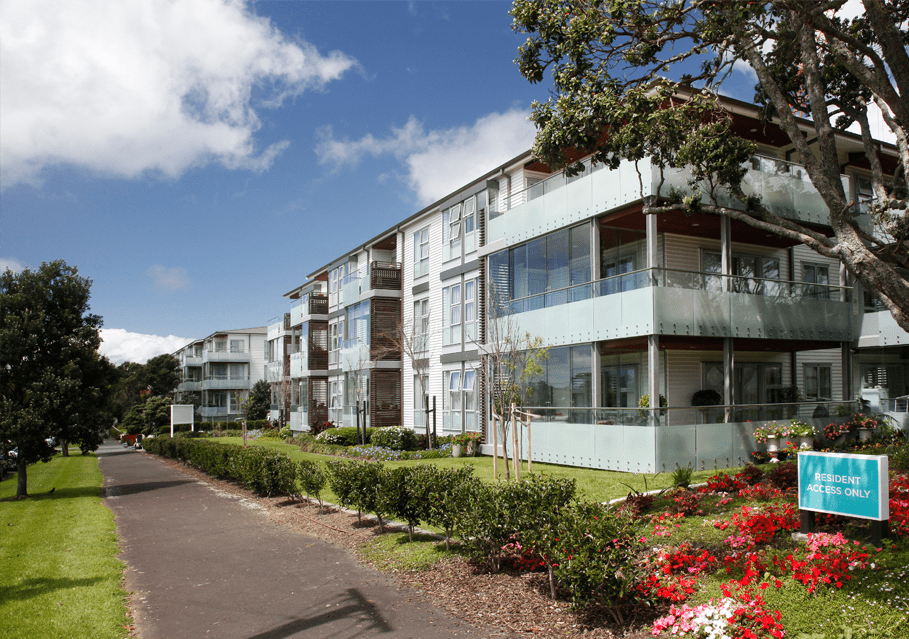 Oceania Healthcare engaged MSC as civil and structural engineers for the staged redevelopment of its Meadowbank retirement village, as the company transformed its existing aged care facility into a modern senior living facility.

Oceania’s outdated existing rest home on a prime 9-acre site above Orakei Basin was screaming out for redevelopment. In 2009 the first new stage was constructed. This involved 18 high quality senior living apartments in Blocks 1 and 4A. Both blocks were three-level reinforced concrete shear wall buildings with stairs and lifts and core basements for connection to future stages. Each block had two or three bedroom apartments, each with spacious decks. In 2011 the second stage was constructed; this consisted of a two-storey block masonry shear wall building comprising 10 quality senior living apartments. Stage 3 construction began in 2016, with two blocks being built simultaneously. One was the five level main Block 2, with full basement parking for 54 cars beneath. This building contains all the communal living areas (dining area, recreation area/gym, lounge with fireplaces, TV area, library, computer facilities and kitchen) for the entire development in the front section of levels 1 and 2, with a double-height atrium at the main entry. Block 2 also has 55 luxury senior living apartments.
The second block, 5B, has seven luxury apartments on level three, and six apartments and 30 assisted living suites on levels one and two, over full basement carparking with another double-height entry on the eastern side. Both blocks are reinforced concrete shear wall structures. All apartments have patios/balconies.