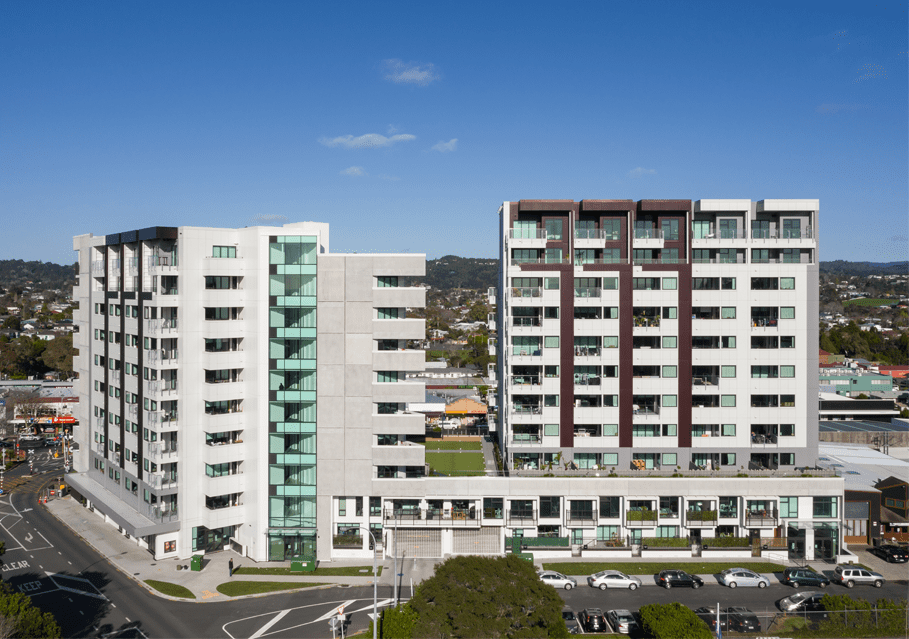 The development is a landmark building in an area that until now has consisted mainly of standalone residential units. It incorporates two towers, set at a 35 degree angle to each other to maximise site coverage and reduce shading. Each tower has nine storeys of apartments and three levels of parking, with 110 parking spaces below. The ground-level podium that covers the entire site provides common areas with barbecues, seating and landscaping.
MSC was engaged to undertake structural and civil engineering design, and construction observation as the complex was developed.

Half the 160 one- and two-bedroom apartments have been sold to private buyers, while the remaining 80 are managed by the Ministry for Social Development as social housing. The engineering challenges involved not only calculations to ensure earthquake stability of two large buildings offset from each other, but also complex structural design work around the carparking, as the layout for each level was different and spacing between the supporting columns was irregular.